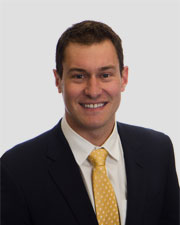 Peter specializes in tenant representation as well as owner sales and leasing.  His focus is on land, retail and office properties on the east side of Metro Detroit. In Peter’s time at Signature, he has assisted in over $50 million in real estate transactions.

Prior to joining the Signature Team, Peter worked in the consulting industry in Detroit. Peter is also a four-time Olympic Medalist, representing the United States in three consecutive Olympics, winning two gold and two bronze medals. He was also a co-captain of the 2012 USA Men’s Olympic Swim Team.